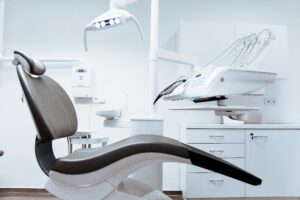 Mercury has been considered a toxic heavy metal since the 1980s and is part of the USEPA Heavy Metal screening. Purves Environmental has been performing research regarding this material and the effect it has when in water since 2003.  If one looks up reference material regarding mercury it is considered insoluble in water.  This information was based upon analytical methods that are outdated.

Today the technology for detecting mercury is significantly superior to past methodology.  Current methods allow extremely low levels of mercury to be detected as compared to past methods.  The detection of mercury and mercury compounds found in fish specifically, has become a major issue. As detection and analysis of low levels of mercury have improved, so has the connection of mercury in our food supply to potential toxic results. The most common issue is heavy metal toxicity. This can cause Parkinson’s Syndrome, affecting the nervous system and causing symptoms that sometimes lead to the misdiagnosis of Parkinson’s Disease.

Mercury is now considered a toxic metal and conferences are discussing the issue Worldwide. The UN sponsors one such conference.  For more comprehensive information regarding mercury, specifically in dentistry, visit www.IAOMT.org.  We at Purves Environmental will be attending conferences such as the IAOMT meeting in Boston September 12-14th as well as a UN conference on Mercury November 25-29 in Geneva Switzerland.  We will present information regarding the reduction and/or elimination of Mercury from the dental facility.  Up coming blogs will present real data regarding our studies and success of reducing mercury entering the aquatic environment from the dental facility.